2021: Beck: 2 x 90 minute films: “58 minutes” and “The crying policeman”
Director and Additional scriptwork.
The long running and popular Scandi Noir series based on Maj Sjöwalls and Per Wahlöös books, about an older seasoned murder investigator and his colleagues. Shooting in Stockholm.
Producers: Filmlance International, Sweden for TV4/Cmore and German ZDF

2013: Wallander: Sorgfågeln /Wallander: the Sad Bird. Director and additional
scriptwriter.
DVD release October 2013.
Running time 90 minutes.
The very last episode of a long running series, A fittingly powerful climax, the final episode was warmly received by many critics: The Guardian’s Phil Hogan wrote that Wallander had “bowed out gracefully” and particularly praised lead actor Krister Henriksson’s performance. “Henriksson rose wonderfully to the job. His Wallander – emotionally difficult,
brooding and self-fancying – has never invited the viewer’s warmth, but in his Lear-like roaring against this new, cruel, unreadable fate we feared for him and of course ourselves.”

1996: Nattens Barn /Children of the Night
(four episodes, 4×26 min for the National Swedish Television, SVT DRAMA)
As Director and as co-writer. Broadcasted in the autumn of 1996. Awarded as “best TV-film of the year” by the Swedish Magazine “Nojesguiden”.

1998: Veranda för en tenor / Waiting for the Tenor
Director and co-writer.
Theatrical release in the autumn of 1998.
Running time: 90 minutes.
Waiting for the Tenor was nominated for seven awards, and awarded for best male actor performance at the National Swedish Guldbagge (Swedish Oscar) Awards in 1998.

2012: Next to Normal, Stockholms Stadsteater Director

2012’s biggest theatrical success with all 52 performances sold out.

2006: Dr Glas, Vasateatern Character direction for actor Krister Henriksson. A monologue intended for 10 performances which ended up running for 6 years, with critically acclaimed guest performances at the Wyndham’s Theatre in London.

The long running and world renowned Scandi Noir series based on Maj Sjöwalls and Per Wahlöös books, about an older seasoned murder investigator and his colleagues. Shooting in Stockholm.

The epic and grand story of a young boy with a hidden identity , during the second WW in Sweden. Based on a best selling book. Read the reviews › 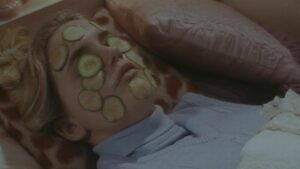