I am a visual storyteller: on screen, television and the stage.

I started out with canvas and color, painting large expressionist figurative works, seeking to capture emotional states in the human body. Soon however, I found the medium too confining and turned to film. My urge to explore human behavior in visual manifestations found home.

As of 2020, I have made five dramatic feature films for theatrical release, more than twenty hours of TV series and crime episodicals, short films and commercials. I have staged a major musical play and written a book about filmmaking. 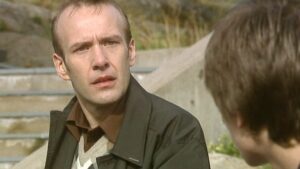